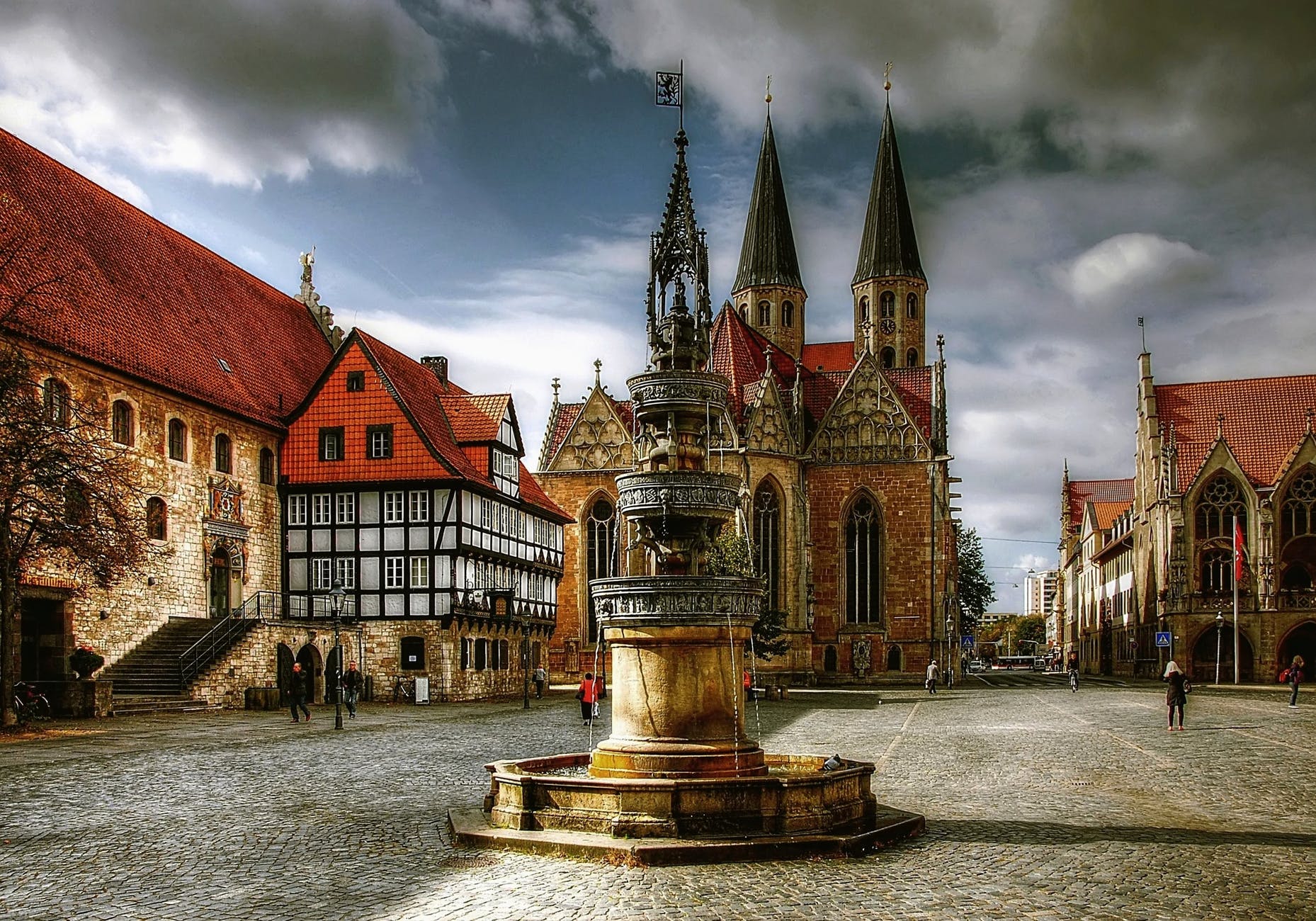 If you getting bored with your usual activity, so you can travel the world most expensive churches in the world where you feel relax(peace). And we try to do our best, and sometimes we get pretty close. So here is the List of top biggest churches all over the world.

Most famous churches in the world

The biggest church around the world represents the mind-blowing building architecture style and many pure materials. Here largest churches in the world, based on the wall, floor and coverage area of the church building.

Sagrada Familia Church situated in the Carrer de Mallorca, 401,08013 Barcelona Spain. It comes in the largest Roman Catholic church in Barcelona. And reserve by UNESCO World Heritage Site. The architect of the Roman Catholic church is Antoni Gaudi and it starts building it in 1882. And it is incomplete till today because the original size of this church is so large which means that it takes time to complete. The renovation process of beautiful Sagrada Familia church continues it would never end. It’s certainly one of the most famous churches in the world.

Sagrada Familia natural view of environment like trees with dancing branches, blowing air give you cool touch. At the base, there is a turtle and the second one is the sign(Symbol) of the balance between sea and land in the world.

#Know Before You Go To Sagrada Familia Barcelona Church

1. Sagrada Familia in the list of most famous churches in the world. Breathtaking architecture of this largest church attracts the millions tourist every year. There are some interesting facts about Sagrada Familia, you must have the need to know about it before visiting.

2. Sagrada Familia church has been under the construction for over a century.

3. It’s taking a long time to build than your thinking.

4. There was a school during the early days of La Sagrada Familia. But now this school an exhibition.

5. Amazing paper sketches of Sagrada Familia Barcelona Church, In the late of 1800s there is no computer to draw its massive architecture.

7. It is no longer Cathedral church, in 2010 declared it Basilica.

9. Home of Gaudi-Buried in the La Sagrada Familia.

Sagrada Familia Barcelona expensive church in the world and it is a UNESCO World Heritage Site.

Our recommendation! Go for the best hill station in the world, live it up and then run around looking for a tour. Totally full of adventure!

This most famous church in the world located in Moscow, Russia, Located in the heart of the city. Saint Basil’s Cathedral church completed in the time of 1561, the period of Ivan the Terrible. The color of a church is unusual, And it comes in the beautiful churches in the world and it is UNESCO World Heritage site. This church attracts many tourist hearts because it appears in many movies. One of the most beautiful cathedrals in the world.

2. The cathedral organized in honor of a legal victory. Ivan’s goal of military domination over a central Russian state gave birth to many conflicts during his reign. In the 1550s, his armies defeated the independent Tatar Khan of Kazan and Astrakhan and the church was built in honor of those victories.

3. Cathedral is a symbol of the heavenly city. According to one theory, the Church is a symbol of heavenly Jerusalem, in other words, the Kingdom of God, whose walls are decorated with precious stones. According to another theory, its architects tried to repeat Constantinople’s Church of St Mary’s Blakernelé, when a Virgin appeared to protect the soldiers from the Sarken army while praying for protection, and from a Saarlen army, the whole Christian world Covered with.

5. At last only one bell remains in the world famous church. However, only one of all the bells that have been since the cathedral since the 16th century has survived. In 1929, the Soviet authorities ordered that the bronze bell is melted down and according to  Alexei Konovalov. But it was magic of god that a bell was saved there. You can see this bell in the world most famous church Saint Basil’s Cathedral.

In the central Paris world beautiful castles famous as the name of Notre Dame De Paris. This church builds over more than a century in the medieval period, The heart attracting architecture of the church spark the traditional style of medieval. This church in the list of most famous Churches in the World, due to its religious significance. These places attract international artists and architects. There are few beautiful castles around the world. The famous cathedral was built between 1163 and 1345 in the world.

1. At first glance, two towers of Notre-Dame appear to be identical twins. Closure test shows that the Northern Tower is actually slightly larger than the South. With all the elements of the cathedral, they were created over time, and show how the cathedral is a collage of architectural tendencies and leadership compared to the outcome of a person’s vision.

2. Build between 12th and 14th centuries, located in the heart of the Paris city.

3. Best time to visit in the world most famous church Notre Dame Cathedral is early morning.

4. 13 million tourists come to see the beauty of this biggest church.

5. Notre-Dame de Paris comes in one of the largest religious churches in the world.

The famous dome of St. Peter is a unique milestone all over the world, wherever you are in the nearby area. Although the Vatican itself is located in the center of a separate city town for the city of Rome, and easily accessible by public transport including the metro. We have a dedicated page devoted to the Vatican and St. Peter’s Square, on which St Peter’s Basilica dominates. Comes in one of the most famous churches in the world, and Catholic holiest sites in Christendom.

1. The church you see today is not the original basilica, It’s actually number second. The original St.Peter’s church built in the 4th century by emperor Constantine.

2. It is truth St.Peter buried beneath the basilica.

3. St.Peter’s Basilica one of the holiest Catholic church and it comes one of the two largest churches in the world

4. There is a holy door which is open only in holy years.

St. Peter’s Basilica is the number one largest church in the world.

Must Read: THINGS TO DO IN USA | USA NIGHTLIFE

One of the famous landmarks in London is Westminster Abbey. Each year millions of tourist visit in this greatest church, it is built in the 10th century and today it is the site of UNESCO World Heritage. The Thames river is very near to this most famous church that’s why numbers of tourist come here from all over the world. This church officially popular as the Collegiate Church of st peter at Westminster. Perhaps one of the most famous Churches in the world because it appears in many movies.

1. Harrison made the beautiful part at Westminster Abbey.

3. A statue of a bearded lady is known as Saint Wilgefortis, you can find it the lady chapel of Henry VII.

4. Home of burials poets, writers, and playwrights Charles Dickens so that’s why known as the hub of “Poets Corners”.

5. By Dan Brown’s novel, the Da Vinci make this place more famous and attractive landmarks in the world

So, do you want to travel to the most famous churches in the world, which is now the UNESCO World Heritage Site on your next world visit? If yes, then know the first interesting facts about beautiful churches. And the best time to visit during the week is in the morning before the crowds arrive. Apart from that, because the largest church has a lot of history, we recommend taking the biggest churches in the world tour. But unlike other world historic places. There is really a lot of things to do and you want to make sure that you do not miss any hidden things. The most beautiful biggest church in the world is famous all over for structure design and history. In this article, you can see the beauty of the most famous churches in the world.

If you like most famous churches in the world article, so doesn’t forget to share it with your buddy! Do you have any ideas on this matter? Feel Free to share with us in the comments section.

Further Read: BEST PLACES TO TRAVEL SOLO IN THE US